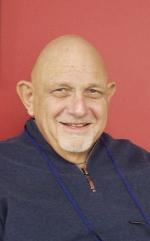 Stephen D. Melamed 67, of Provincetown, died peacefully December 6, 2010 at his home in the company of family and friends. Born in Brockton, he was the son of the late Samuel and Miriam (Suissman) Melamed. Mr. Melamed was a graduate of English High School in Boston and worked in the food industry for several years. He served in the Army during the Viet Nam era. Although he refused to discuss his military experience he was a strong defender of American values. Two sentiments he would never tolerate were discrimination of any kind and disparaging remarks about the United States.
In 1981 he married his wife Betsy (Rosenberg). They lived in the North End of Boston and would spend weekends in Provincetown. They moved here on a part time basis in 1988 and full time 1996.

He has been a familiar presence in Provincetown, committed to the business and social enhancement of the town. He was the former owner of Stormy Harbor Restaurant which he owned from 1995 until 2000. In 1998 he purchased the former Town House on Commercial Street renaming it Steve's Alibi, which he owned until 2002. In 2000 he and his wife Betsy started Bayside Betsy's restaurant at 177 Commercial Street. Steve used a combination of his keen business sense, enthusiasm and love of the town as a basis for his service on various town boards and committees. He was a member of the Visitors Service Board for 9 years, from 1997 to 2006, serving as the first chairperson. He was the chair of the Economic Development Council, treasure of the PBG (Provincetown Business Guild), a member of the Zoning Board in Provincetown and for several years he served as the Chairperson of the Carnival. He recently received a proclamation from town officials declaring October 20, 2010 as Stephen D. Melamed day. He will be remembered mostly for the strength of his convictions but for those who knew him best, his generosity of spirit and resources, coupled by his loyalty to family and friends will be a fond memory.

Besides his wife Betsy, he is survived by his 2 daughters, Lori Melamed of Ipswich and Tracy Baker and her husband Blake of E. Longmeadow, MA, his son Bruce Arbit and his partner Marcos Pichardo of New Jersey, his 3 grand children, Max Perault, Kate Baker and Brooke Baker. He was the brother of the late Paul Melamed. He is also survived by countless extended family members, most especially, his 2 close friends and colleagues George Myers and Nicholas Barbuto.

A non-denominational funeral service in celebration of his life will be held on Friday December 10, at 11:00am in the Provincetown United Methodist Church 10 Shank Painter Provincetown. Burial will follow in the town cemetery. In fulfillment of one of Steve's last requests, following the burial, an informal gathering of his family and friends will be held at Bayside Betsy's restaurant at 177 Commercial St. In keeping with the spirit of Steve's generosity, memorial contributions in his honor may be made to Harbor to the Bay at http://www.harbortothebay.org or to AIDS support group of Cape Cod at www.ASGCC.org.