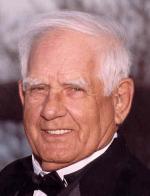 John F. Xavier, age 85, a lifelong resident of Fall River joined his beloved wife Antoinette “Toni” (Rogers) Xavier in eternal peace July 14, 2010, surrounded by family and friends. He was a lifelong resident of Fall River and son of the late Manuel F. & Rosa (Pimental) Xavier. Prior to retirement, he was a master of many trades. He was an avid sportsman, loving the great outdoors, gardening and all New England sports teams, even after the Bruins humiliating loss this season. He served in the U.S. Army in WWII.