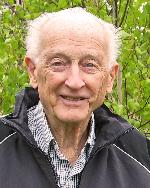 MARSHFIELD, MA-- Harold C. Shackleton, 91, a long-time resident of Lewiston and Poland, Maine, died on February 8, 2008 in Weymouth, Massachusetts following a short illness. He and his wife Florence lived in Poland and Poland Spring almost 35 years before moving to Marshfield, Massachusetts in 2004.

Born in 1916 in North Providence, Rhode Island, Mr. Shackleton was the son of Harry and Elizabeth Shackleton. His parents emigrated to America from Yorkshire, England in 1904. He graduated from Providence Technical High School in 1932 and later attended the University of Pittsburgh in Pittsburgh, Pennsylvania. He began his working career as a cotton classifier for Jones, Gardiner & Beal in Providence, Rhode Island. Mr. Shackleton later served as the Purchasing Agent for Cluett-Peabody Mills in North Grovnersdale, Connecticut. In 1954, he moved to Lewiston to become the Purchasing Agent for Continental Mills. While working at Continental, Mr. Shackleton served for several years as Co-Chairman of the Lewiston-Auburn United Way Drive. After the mill’s closing in 1961, he owned and operated Maine Alarm Services until 1987, when he retired.

Mr. Shackleton’s early love of flying and association with the Civil Air Patrol led him to serve as a Second Lieutenant in the U.S. Army Air Corp during World War II. He flew as a B-17 pilot with the 8th Air Command stationed in England. After being shot down while on a mission to Germany, he was captured and held as a prisoner of war at Stalag Luft III. His memoir of that experience was privately published under the title “Flight to Germany”. He later was awarded several medals for saving the lives of his crewman at the risk of his own. Mr. Shackleton took great pleasure in attending the bi-annual Stalag Luft III POW reunions held around the country during the past thirty years. A life-time friend of his from POW camp, Pat Patterson, recently recalled his memories of Mr. Shackleton during those dark days: “Your Dad, my friend, happened to be the nicest, funniest, big hearted man who ever lived. I think now of the many times we were down how he always added that precious touch of humor that made us forget the blues and set us to uproarious laughter. While we didn’t, because of geography, see each other often, I felt very close to him and know that the world was better off because he was here.”

Mr. Shackleton joined Tranquil Lodge in Auburn, Maine in 1958 and rose through the chairs to become Worshipful Master in 1965 and a 32° Mason. To help mark the lodge’s 150th anniversary, he authored the book entitled “History of Tranquil Lodge, No. 29, A.F. & A.M.- Auburn, Maine,1818-1969”. He was well known for his depiction of the “Wayfaring Man” during ceremonies of raising a new Master Mason.

Other York Rite Masonic bodies of which he was a member and frequent officer over the years included Dunlap Council No. 8 of Royal and Select Masters, Pine Tree Priory of Knights of the York Cross of Honour, Bradford Chapter of Royal Arch Masons, Commandery No. 6 of Knights Templar, and Maine Conclave No. 1 of Red Cross of Constantine. At the state level, Mr. Shackleton was a member of the Maine Council Order of High Priesthood, Maine Past Officers Association, Maine District Deputies Association, Past Commanders Association, and Maine Council Order of Thrice Illustrious Masters.

Mr. Shackleton joined the Scottish Rite when he became a member of Kora Temple in Lewiston, Maine. He later became a member of the Consistory of Portland and Lodge Council Chapter of Androscoggin Valley. One of his favorite activities was escorting children to their doctor’s appointments at the Shriner’s Hospital in Springfield, Massachusetts. Mr. Shackleton was also a member of Colonial Council No. 19 of Knight Masons of New England and Grand Council of Knight Masons of America. He also received the Degree of Royal Arch Mariner of Supreme Grand Council in the Eastern Jurisdiction of Canada of Royal and Select Masters. He is remembered as a mason “who has lived by and spread the word that the more you put into Freemasonry, the more you will get out of it”.

Although he was raised a proud Rhode Islander, and never gave up his passion for johnnycakes and coffee ice cream “cabinets”, Mr. Shackleton came to dearly love his adopted state of Maine. He covered much of the state in his Cessna-- on wheels during most of the summer, on pontoons if headed for water, and on skis when flying in winter. He spent countless weekends with his wife and daughters exploring Maine’s western mountain back roads and coastal areas. In more recent years, any visitors to his cottage in Poland Spring were apt to be taken on impromptu “tours” of the White Mountains, Acadia National Park, or even a quick jaunt to Quebec City, Canada.

Mr. Shackleton had a life-long love of music, especially jazz and that of the “Big Band” era, and anything by Bennett or Sinatra. He played guitar, ukulele, violin and clarinet. His first love, though, was piano. For most of his adult life he played almost daily. He often played and sang at any social gathering with a keyboard in the room.

He is survived by his beloved wife of 63 years, Florence Ferguson Shackleton, of Marshfield, Massachusetts, his daughters, Holly Kerr of Poland Spring, Maine and Lynne Ford of Marshfield, Massachusetts, his granddaughter, Michelle Demand Williams of Fort Lauderdale, Florida, his niece, Nancy Dager of Sunny Isles, Florida, his grand-niece Heidi Williams of Guilford, New Hampshire, and her two children, Glen and Meaghan.

A memorial service and Masonic ceremony for Mr. Shackleton will be held on Saturday, February 23rd at 2:00 pm at the Poland Community Church His remains will be buried in the family plot in Chepachet, Rhode Island at a private service.

In lieu of flowers, donations in his memory may be made to the Poland Community Church, 1208 Maine Street, Poland, Maine 04274.