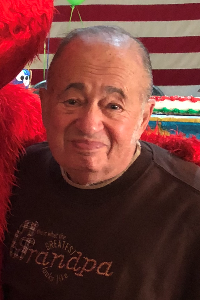 Earl Russell Fisher, 82 lifelong resident of Revere, passed away peacefully at home surrounded by loving family on January 23, 2023.
Earl graduated from Everett Vocational School in 1958. He worked at Houghton Mifflin Publishing Co., also employed at GE for many years. He was a skilled mechanic and owner of several gas stations. Mr. Earl also worked at Gem Auto Parts for 35 yrs. Veteran of Air National Guard, trained at Lackland Air Force Base.

Earl was a kind, wonderful man to all, worked very hard his entire life took exceptional care of his family; he will be remembered and missed by all who know him.

Services for Earl will be held at Torf Funeral Chapel, 151 Washington Avenue, Chelsea on Friday, January 27 at 1O:00 AM. Interment in Everett. Donations in Earl’s memory may be made to the Leukemia and Lymphoma Society, PO Box 22324, New York, NY 10087.