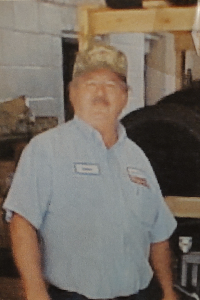 Mr. Barfield was born October 16, 1938, in Ocilla, Georgia, to the late Jo & Edna Roberts Barfield. Mr. Barfield was commonly referred to as “Bo” by his friends. Many stories of football and shenanigans were included in conversations among family and friends. He loved and played part in more than his share of practical jokes and pranks. Mr. Barfield was an entrepreneur who owned rental properties and operated several small businesses along with his wife in Irwin County, Georgia. Prior to his illness he had a sharp mind and business sense of which became a hobby. Mr. Barfield was very business driven, never indulging in vacations or time off. He often called vehicle dealerships to negotiate trades over the phone. He did love fishing occasionally on his short Saturday afternoons or Sundays. He usually out fished anyone with him. Mr. Barfield enjoyed conversations with customers at Barfield’s Tire Service, Inc. Mr. Barfield honorably served in the United States Army and the National Guard. He attended Emmanuel Baptist Church.