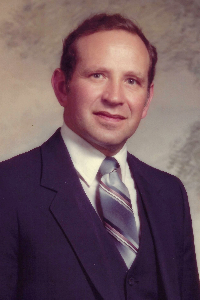 Mr. George F. Geake, a resident of Davenport, Florida, formerly of Medford, Massachusetts and Ocean Park, Maine and beloved husband of Marion J. (Crawford) Geake, passed away at Celebration Hospital in Celebration, Florida, on December 1, 2022. He was 84 years old.

Born in Medford, Massachusetts, on December 18, 1937, he was the beloved son of the late George C. and Jeannette C. (McMillan) Geake. George was a graduate of Medford High School, class of 1956, Boston University, class of 1960 and the New England Institute of Anatomy and Embalming, class of 1962.

George was an active member and servant of his community. He attended the First Baptist Church of Medford for more than 70 years. A longtime member of the Medford Council of Churches, he also served a term as Vice-President of the Medford Chamber of Commerce, as a Corporator of the Lawrence Memorial Hospital, as a Civic Advisory Board Member of the New England Memorial Hospital, as a member of the Board of Directors of the Medford Visiting Nurses Association and the American Cancer Society. An active Rotarian of the Medford Rotary Club from 1963 until retirement, he served as President of the Medford Rotary Club in 1974-1975. George was awarded the prestigious Paul Harris Fellowship Award for his service in fundraising for Rotary International’s polio eradication initiative.

George was also a director of the Stoneham Home for the Aged and a member of the Mt. Hermon Masonic Lodge and Aleppo Shrine, and director and trustee of the Boston Baptist Social Union. He also was a longtime member of the Ocean Park Association in Ocean Park, Maine, where he had worked in his teens and where he met his wife, Marion.

In retirement, George and his wife, Marion, travelled across the US and Canada in their motor home many times, having fun adventures and visiting friends. Their photos and stories of the roadside attractions and national parks were eagerly enjoyed by their family. They were members of the Family Motor Coach Association, Good Sam Club and several Motor Home Chapters. After moving to Florida, George and Marion both worked for several years at Walt Disney World in Orlando. They attended the Community of Faith Church in Davenport, Florida.

George and Marion celebrated their 60th Wedding Anniversary on November 3. In addition to his beloved wife, George is survived by his loving children; Bethany and her husband Francis Viens of Medford, Gregory and his wife Kristen Gake of Wilmington and Bradley Gake and his wife Kristin Hagen of Burbank, California. "Grampy" is also survived by his loving grandchildren; Matthew and his wife Jessica, Michael, Julia, Oscar, Hal and Aksel Gake. He will be remembered for his compassion, gentle spirit, kind heart, love of puns and quick wit. Also he was a lifelong Boston Celtics fan.

He is also remembered with a good deal of affection by his cousins Ruth Kline of Medford, and Ralph Kline and his family of Medford. He was beloved by all members of Marion’s family, including her two living brothers, Roy Crawford and his wife Mary, and Bob Crawford and by dozens of nieces, nephews, great nieces and great-nephews in the extensive Crawford family.

A Memorial Service will be celebrated at First Baptist Church, Medford, in memory of George in the spring of 2023.