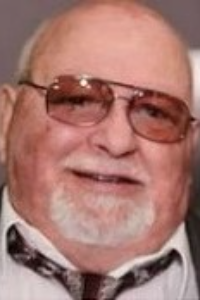 PELHAM, NH: Dominic A. Musto, Jr., age 80, of Pelham, NH, formerly of Cambridge and Burlington, passed away in the presence of his family on Sunday, December 4, 2022 at Lowell General Hospital.

He was the beloved husband of 59 years to Dina A. (Nonni) Musto.

Dominic was raised in East Cambridge and graduated from Cambridge Rindge High School.

Following high school, he enlisted in the U.S Navy where he served with the Mobile Construction Battalion 4 (Seabees) until his honorable discharge from active duty on February 26, 1963.

Prior to his retirement in 1976, he served as a Firefighter for the City of Cambridge Fire Department. In addition, he founded, owned, and operated the Admiral Driving School.

Dominic was a member of the Sons of Italy Lodge 506/1062 of Cambridge as well as the Grand Lodge of Massachusetts, where he served as Grand Deputy to Arlington OSIA Lodge. He was also a member of Disabled American Veterans, the Veterans of Foreign Wars, and the American Legion.