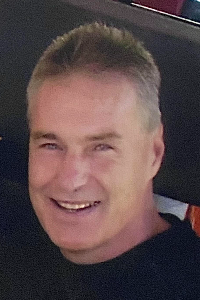 He is predeceased by his father William R Wertz and his mother Gladys A. Wertz (ne´e Kasica). Tom is survived by his former wife Lori Wertz and his daughter Tori Wertz both of Danvers, his stepmother Sandra J. Wertz of Woburn, and his brothers William A. Wertz, Robert R. Wertz, Gerard M. Wertz, Christopher M. Wertz, and Matthew P. Wertz.

Tom was born in Cambridge, Mass. in 1960 where he lived until the family moved to Brighton, Mass. in 1971. At Brighton High School he was a stand-out athlete, All-Scholastic in three Sports. But it was in baseball where he achieved the most. As an outstanding pitcher he led his team to the state championship and was drafted by the St. Louis Cardinals in 1978.

Sports were an important throughline in his life and acted as a binding thread in his family. When he was not actively competing, he enjoyed umpiring softball games. He also loved watching his family members play sports throughout the years including his many nieces and nephews. He was a huge sports fan in general, particularly of the Patriots. He didn’t miss a game during the Bledsoe and Brady eras.

Tom was also an aficionado of horse racing, an interest he shared keenly with his father and brother. They would often spend afternoons at the legendary east Boston oval, Suffolk Downs, pouring over their racing forms and having a few bets.

Tom lived with his wife Lori in Danvers, Mass. where they raised their beautiful daughter Tori. He was known by all for his kindness, generosity, and above all his wonderful sense of humor.

As a father he was always fun and supportive, the consummate dad and Tori's constant companion. He loved traveling with Tori wherever they went, whether it was with her and her friends on the weekends to every indoor or outdoor play place in the area - they became regulars at Chuck E Cheese & Toys R Us! – or to places nostalgic for him like Faneuil Hall, the Charles River, and to visit his old neighborhood of East Cambridge and Putnam Park.

Another fond memory of Tori’s is when she was young, they would have tea parties with her stuffed animals. Tom brought Tori’s stuffed friends to life with the voices of Bugs Bunny, Porky Pig, Elmer J Fudd and the many other voices of his own childhood. It was simply hilarious and is a cherished memory. Tori appreciated humor from a young age thanks to her father and likewise Tom loved to make his daughter laugh. But that knack for entertainment was not exclusive to his daughter; he was always wonderful with kids in general, and especially enjoyed his time playing with his many nieces and nephews as their self-proclaimed “favorite uncle.”

Anyone who knew Tom would agree that he lived by the adage “laughter is the best medicine” and could be counted on to bring joy and cheer to any situation, always making light of problems that might seem so serious. He was well-known for his quick wit and wonderful sense of humor. He maintained a welcoming youthful mischievousness throughout adulthood. To remember him is to smile.

There will be no wake, but a funeral service will be held on Wednesday, December 14th, 2022, at 10:30 am at St. Mary of the Annunciation Church, 24 Conant St, Danvers, Mass., followed by a graveside service at Walnut Grove Cemetery, 30 Sylvan St., Danvers, MA. Flowers should be sent directly to St. Mary of the Annunciation Church. Charitable donations in Tom’s memory can be made to the charity of your choice.