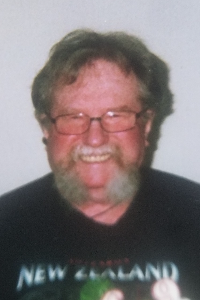 Born in Christchurch, New Zealand, he was the son of the late Noel and R. Joan (Gall) Dawson. He was the father of the late Annie Dawson.

Bryan was the epitome of "the world is your oyster, " travelling all over the world before settling in the greater New Bedford area in 1978. He attended the Culinary Institute of America, and was well known for his delectable curries. Besides cooking, he was skilled in carpentry, mechanics, and electrical engineering, which led him to many positions on commercial fishing boats in Alaska and New Bedford. Always a seafarer, he visited many foreign ports as a Merchant Marine.

Bryan was an avid sailor participating in the America's Cup out of Newport, the Whitbread Round the World Race, and the Sydney Hobart Yacht Race out of Australia. His photograph appeared on the cover of "Sail" magazine and other nautical publications.

Survivors include his faithful longtime companion of 11 years who remained by his side, Patricia Christy of Foxboro; his sons, Brodie Dawson of New Bedford, and Darren Taylor of Australia; his sister, Jennifer Reynolds and her husband, Bill of New Zealand; his brothers, Ian Dawson and his wife Lynette of Australia; Andrew Dawson and his wife, Cheryl of New Zealand; and several grandchildren and nieces and nephews.

Bryan's wish was to be cremated with his ashes scattered at sea. Private arrangements are with the Saunders-Dwyer Home for Funerals, 495 Park St, New Bedford, MA.