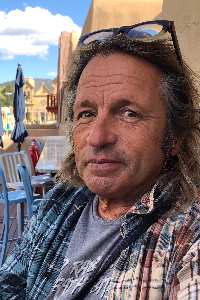 Donald Machado Jr., aged 60, passed away on Friday, December 2nd as a result of complications from lymphoma. He was the husband of Adriana Machado and the son of Jacqueline E. and the late Donald Machado Sr.

Donald was born and raised in New Bedford, Massachusetts. He attended Southeastern Massachusetts University where he earned his bachelor’s degree in electrical engineering. In the early nineties Donald moved to Alexandria, Virginia where he enjoyed a successful career as a site manager for Xerox Business Solutions.

Donald returned home to New England in 2001 and settled in Tiverton, Rhode Island. He had a dream to leave the cooperate world and open his own coffee roastery. Inspired by Misha’s in Old Town Alexandria, he began roasting coffee at home, using a Whirly-Pop stovetop popcorn cooker, specially outfitted with a thermometer. Donald’s dream became a reality when he founded Coastal Roasters LLC. He had a vision of the type of community coffee shop he wanted, and Donald succeeded in building that place in Tiverton. He wanted to support coffee farmers and their workers and did so by becoming a member of Fair Trade USA. He very much wanted to be a part of and to support his local Tiverton community. He accomplished this in so many ways, including providing coffee to local events, donating to local causes, and working on the first Stone Bridge improvement project.

After Coastal Roasters opened their doors to the public in July 2002, Donald and his coffee quickly gained popularity. It wasn’t long before he had to give up the hammock on the beach to build a team. While the Coastal Roasters team has grown and changed over the past 20 years, those who have passed through its doors continue to maintain the friendships they found at the coffee shop. Donald was loved immensely by his employees and customers alike. He touched and positively impacted many lives through Coastal Roasters and remained a valuable member of the team until his death.

Donald could usually be found at the beach, no matter the time of year. He was an avid traveler who ate and drank his way around the world. Donald’s vinyl collection was a testament to his lifelong love of music. He frequently attended concerts and never missed an opportunity to see the Grateful Dead. When he wasn’t sunbathing, Donald enjoyed cycling, hiking, and yoga. He loved nature and was proud of his heirloom vegetable garden. On the rare instances Donald was inside, he was usually reading by the fire or being entertained by one of his three cats. Those close to him will remember Donald’s quick wit and biting sense of humor. Donald always tried to make those around him laugh, even in his final days.

In addition to his wife, he’ll be missed by his sisters Corinne Machado and Paula Machado of Raleigh, North Carolina. He was the brother of the late Christopher P. Machado.

In lieu of flowers, consider making a donation in Donald’s name to the Potter League for Animals.