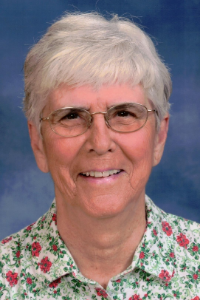 Elsie J. (Charland) MacDonald, 84, of Medway, died peacefully on Saturday, December 3, 2022 at Golden Pond Assisted Living in Hopkinton. She was the beloved wife of her high school sweetheart and soulmate Edward L. MacDonald who died in 2016.

Born in Milford on February 18, 1938, she was the daughter of the late Edmund and Viola (Marsan) Charland.

Elsie grew up in Medway and graduated from Medway High School in 1955. She resided in Medway for many years until moving to Melbourne, Florida in 1988, residing there until moving back to Medway in 2020.

Elsie graduated from the Framingham Union Hospital School of Nursing in 1958 and was an RN for almost 50 years. In addition to a few other shorter stops, she was a registered nurse at Milford Hospital and Holmes Regional Medical Center in Melbourne.

Elsie was known for being a kind and caring person with a dry sense of humor. She was an active parishioner of the Holy Name of Jesus Church in Indialantic, Florida. She was an avid bowler and enjoyed playing cards and bunko, crocheting and gardening. She also loved traveling and went on many cruises with her husband, Ed.

She is also survived by her sister Dorothy Charland of Medway and many nieces and nephews.

She was the sister of the late May “Pappy” Cassidy and Edmund Charland, Jr.

Relatives and friends are invited to attend calling hours on Wednesday, December 7 from 4 - 7 p.m. in the Ginley Crowley Funeral Home, 3 Barber St. in Medway (www.ginleyfuneralhomes.com).

Her funeral Mass will be celebrated on Thursday, December 8 at St. Joseph Church (in the downstairs chapel), 151 Village Street in Medway at 11 a.m.

Burial will take place at the Massachusetts National Cemetery in Bourne at a later date.

In lieu of flowers, expressions of sympathy may be made in Elsie’s memory to the Edmund G. Charland, Sr. Scholarship Fund c/o Medway High School, 88 Summer St., Medway, MA 02053.