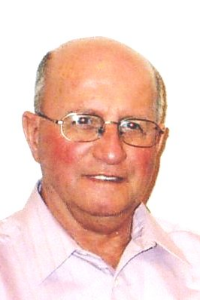 Salem
Paul Gerard Viel, 79, a former resident of Salem, passed away on November 29, 2022 at Care One in Peabody following a long battle with organic brain syndrome. He was the devoted son of the late Raymond J. and Margaret C. (Jalbert) Viel.
Born and raised in Salem, Paul was a graduate of Salem High School. His first employment was in the offices of the Holyoke Insurance Co. in Salem. That job was followed by a brief period with the Gillette Company in Boston. His most recent employment, and that from which he retired, was as a security guard for Shetland Industries in Salem.
Paul was devoted to his family and most especially to his Parents. He had a good sense of humor, enjoyed his regular trips to Mohegan Sun, and loved bird watching and all animals.
He is survived by his son Matthew P. Viel of Peabody, his three grandsons, Austin M., Brayden D., and Camden P. Viel, his brother Robert R. Viel and his wife Donna L. of Chicopee, his brother-in-law, A. Leo Chouinard of Beverly, as well as nieces, nephews, cousins and his former wife Linda (Hanson) Viel. In addition to his parents, he was predeceased by his sister, Barbara C. Chouinard.
Relatives and friends are invited to an hour of visitation on Friday, December 9, 2022 from 10:00 to 11:00 AM in Ste. Anne Church, 290 Jefferson Ave. Salem, to be followed by his Mass of Christian Burial in church at 11:00 AM. A committal service will follow in St. Mary Cemetery, Salem. Funeral arrangements are by the Levesque Funeral Home of Salem. For guestbook and to send a message of condolence to his family please visit www.LevesqueFunerals.com.