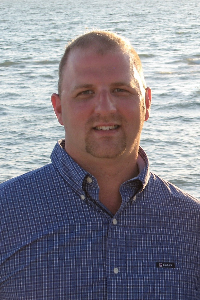 Jason “Jay” P. Balint, 45, of Gilford, adopted that mantra years ago. He filled his life with love, laughter, and having a good time with friends and family. Unfortunately, George’s lyrics came true way too soon when we lost Jay on November 22, 2022.

Jay was born in Rhinebeck, NY on December 18, 1976. Jay grew up in Sanbornton with his parents, Thomas and Cindy Balint and brother Jamey and graduated from Winnisquam Regional High School in 1995. Jay went on to obtain his Associates degree in Diesel Mechanics from Universal Technical Institute, Illinois in 1997. After graduation, Jay went to work for Pike Industries and began his career as a field mechanic. Over the years, he received several promotions ending his career as Vice President of Equipment for Pike Industries and Redimix.

Jay met the love his life, Tricia Boudreau Balint, in 2007. Jay and Trish were married in Las Vegas in 2010. On Thanksgiving Day 2012, they were elated when they brought home their daughter, Ayla.

Jay loved the outdoors and the many activities that it offered. He was an avid deer hunter, fisherman, snowmobiler and UTVer, and spent a lot of his time in recent years working with the Swift Diamond Riders snowmobile club in Stewartstown, NH. At SDR he took on roles ranging from Board Member to Trail Administrator. Jay helped to maintain the groomers and trails and would often be seen grooming the trails between the SDR clubhouse and the Balsams Resort, making sure they were in tip-top shape for the day’s riders. He also submitted articles on behalf of SDR to SnoTraveler Magazine, mixing his sense of humor with trail and club updates.

Jay and Trish enjoyed many happy years visiting their camp in Colebrook. Jay loved to sit out on the deck or around a campfire and watch the North Country’s magnificent sunsets.

Through his many activities and exceptional socializing abilities, Jay got to know many people in the Laconia/Gilford area as well as the North Country, where he spent many of his weekends. Because of this, many were fortunate enough to call him “friend.” He was known for speaking his mind and making people laugh. Jay was the dependable type, being there to help others out in a pinch, whether that meant pulling someone out of a ditch or towing a disabled snowmobile off a trail.

Jay is survived by his loving wife, Tricia (Boudreau) Balint; his pride and joy, his daughter, Ayla; his loyal canine companion, Colebrook; his parents, Tom and Cindy Balint of Sanbornton and Laconia; his brother, Jamey Balint and his wife Jodi of Alton; his father and mother-in-law, Doug and Joanne Boudreau of Meredith; and many family, friends and co-workers who will all miss him. He was pre-deceased by his paternal grandmother, Gertrude Balint; his maternal grandparents, Irene and Fred Legassie; his nephew, Tyler; and Uncles Robert Legassie and Jerry Moore. The hole he left in everyone’s hearts will never be filled.

Calling hours will be held on Saturday, December 10, 2022, from 11 AM to 1PM, in the Carriage House at Wilkinson-Beane-Simoneau-Paquette Funeral Home, 164 Pleasant Street, Laconia, NH, 03246.

In lieu of flowers, out of respect for Jay’s love for the outdoors, please consider making a donation in Jay’s name to the Swift Diamond Riders Snowmobile Club, PO Box 331 Colebrook, NH 03576, to support their mission.

Wilkinson-Beane-Simoneau-Paquette & Cremation Services & 603Cremations.com, Laconia, NH is assisting the family with the arrangements. For more information and to view an online memorial please visit www.wilkinsonbeane.com