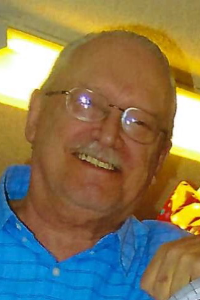 Born April 16, 1937 in Boston, MA he was the son of the late Arthur C. Breed Sr. and Julia (Schmidt) Breed. He was a long-time resident of Franklin.

He was raised and educated in Franklin. He attended Franklin High and joined the US Navy and served aboard the USS Storm.

He was a member of the Improved Order of Red Men for many years and served as Chief of Records.

Arthur worked for the Town of Franklin School Department as a custodian for over 30 years. In his retirement years he worked as a runner for Franklin Ford and best known for working at Turco and Pisano Store.

Arthur was devoted to his family and friends. He also enjoyed the New England Patriots, Boston Red Sox, NASCAR and scratch tickets.

He was predeceased by his sister Julia (Breed) Palanzi, Henry Breed and son-in-law Mark (Marty) Young.

Arthurs family appreciated the kindness & care of Salmon UNA & Hospice of Milford and Family Friends Lisa Moore and Leslie Clark for his care.

In lieu of flowers please make a donation to the charity of your choice.