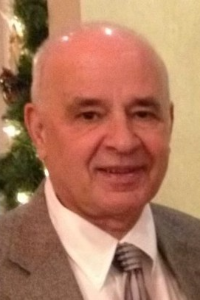 Roger W. Paquin, 70, of Swansea MA, Peacefully passed away at home on Thursday, December 1, 2022 with his family & friends by his side. He was the husband of Claire (Pelletier) Paquin, with whom he loved and shared the best years of his life.

Mr Paquin was born in Providence RI, son of Elfriede (Wanek) Paquin of Johnston, RI and the late Ernest Paquin of FL, Roger resided in Swansea MA since 2004. He owned and operated R.W.Paquin Home Improvements and Steel Craft Die Co. Roger was an avid pool player and could be found most any day at Ryan's Sports or Straight Shooters Billiards shooting a rack of 9 ball with his friends. He also occasionally played in the Joss Northeast 9-ball tour.

Survivors along with his Wife and mother include Amanda Paquin of Swansea MA and 2 grandchildren: Tyler Rego and Lily McDaniel of Swansea MA. He also leaves his 2 dogs Casper & Curly.

He was the brother of the Late Ernest Paquin.

Arrangements will be private.