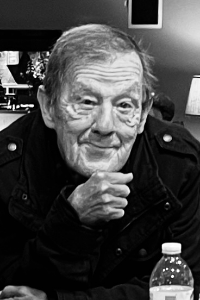 Chuck passed away on 11/29, after a lengthy illness at the age of 66. He was born February 15, 1956 in Norwood, MA to the late B. Charlene (Getchell) Vinson and Charles G. Daniel, Sr. After graduating from high school in Medfield, MA, he went on to serve his country in the Army, fall in love, and raise a family.

Chuck always loved a good laugh and could often be found telling a joke or a story of yesteryear, always taking extra time to speak about the fast and loud muscle cars of his youth. He was always up for visiting and a good game of cribbage and throwing down some dominos. His love of The Three Stooges, MASH and many other vintage TV shows was shared by Susie and his stooges (Tommy Amy and Steph), and later with his grandchildren. These will fondly be remembered as some of their most cherished memories with him. He loved spending time with his grandchildren and was very proud of their many talents and accomplishments.

He is survived by his son Thomas and his wife Katie Daniel, of Wilbraham, MA, his daughters, Amy Sue and her husband Andrew Minton of Bellingham Ma and Stephanie R. Daniel of Melbourne, FL; his cherished grandchildren Ashton and Adelynn Minton, Noah and Brielle Daniel; former wifeSusie Weir Daniel. He also leaves behind his sisters, Charlene Keto, Brenda McMurtry, Judy Ordell and Joyce Graf, his brothers Dennis, Arthur and David Daniel. Chuck also greatly enjoyed his many nieces and nephews, who brought him great happiness and joy.

He was preceded in death by his parents and brothers G. James, C. John, Timothy Daniel, as well as James and John Vinson.

A ceremony of burial will be on 12.16.2022 at 11AM, Terrace Hill Cemetery Walpole, MA followed by Lunch at Eagle Brook Saloon in Norfolk MA at 12PM.