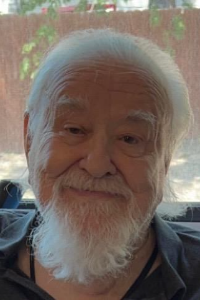 Rene H. Levesque age 90 was called to Heaven on November 15th, 2022 at his residence in San Antonio Tx. He was born on January 20, 1932 in Taunton Ma to the late Joseph Levesque and Anna (Beauvais) Levesque.
Rene was a loving husband to the late Elizabeth M. ( McMann) Levesque.
He was educated in the Taunton Schools and then went on to graduate from Massasoit Community College. He then joined the Airforce in 1950 serving his country during the Korean and Vietnam war. In 1970 Rene retired from the Airforce and continued to work hard doing electronics and appliances for Sears and Roebuck. He also taught Appliance repair at Bay State School of Technology in Canton Ma.
Rene had a larger than life personality who lived and loved fully and deeply.
Rene H. Levesque was the Brother of the late Raymond Levesque and Francis Levesque from Taunton Ma. He also was the father of late Charles Levesque, Rene Levesque and Denise Frost from Taunton Ma.
Rene left behind his two sons Joseph Levesque and his wife Mona of Middleboro and Allen Levesque and his wife Cheryl of San Antonio Tx. A sister JoAnne Devine of Taunton Ma. A brother Roger Levesque from Taunton Ma, Richard Levesque from Arizona and the late Robert (Butch) Levesque. He also leaves 18 Grandchildren 34 Great Grandchildren and 4 Great Great Grandchildren.

His funeral will be held on Monday December 19,2022 at 9 am from O'Keefe-wade Funeral Home 70 Washington Street Taunton with a Mass of Christian Burial at 10am in St Mary's Church 114 St Mary's square.
Interment at the National Cemetery in Bourne at 12:45pm .
Visiting hours will be held on Sunday 18, 2022 from 3 - 6pm in the O'Keefe-wade Funeral Home 70 Washington Street Taunton Ma.