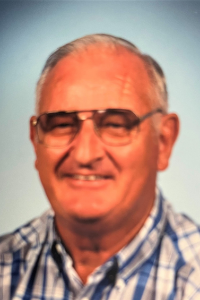 Clyde Cecil Dowler, 89, of Tifton passed away Friday, December 2, 2022, at his residence. A graveside funeral service will be held for Mr. Dowler at 11:00 a.m. Monday, December 5, 2022, at Tift Memorial Gardens, where he will be laid to rest. The Rev. Hugh Ward will officiate.

Born January 12, 1933, in Moundsville, West Virginia, Mr. Dowler was the son of the late Harley Dowler and Mae Campbell Dowler. He was also preceded in death by his wife of over 65 years, Helen, who passed away February 5, 2022; two daughters, Gayle Dowler, who passed away in 2004 and Carol Dowler, who passed away in 2020; and a brother, Dale Cline. He graduated from West Virginia University in 1954 with a B.S. in Agriculture and from West Virginia University in 1956 with a Master’s Degree in Agronomy and from Ohio State University in 1958 with a PH.D. in Agronomy. Before retiring, he was a Research Agronomist with the U.S. Department of Agriculture for 37 years in Whiteville, North Carolina, Mayaguez, Puerto Rico, and finally Tifton.

During his career, he published numerous articles on soil and weed science and received many awards for his research. He was a longtime member of the First Presbyterian Church in Tifton, where he served as a deacon and an elder. He was a member and past president of the Optimist Club.

A volunteer for the Road to Recovery program offered by the American Cancer Society, Mr. Dowler helped patients by driving them to and from their radiation and chemotherapy treatments. He made the first patient transport in Tift County in September 2001 and provided transportation for more than a dozen patients living in Tifton, Sylvester, Fitzgerald, Ocilla, Ashburn and Mystic.

The family would like to extend a special thanks to Hospice of Tift Area, Abide Home Care and Candice Duncan, Faye Hall and Orlean Bass.

In lieu of flowers, memorial gifts may be made to Hospice of Tift Area, 618 Central Avenue North, Tifton, GA 31794.