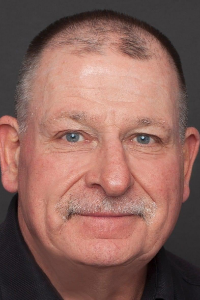 Michael John Foley, 64, of Londonderry, NH, passed away following a courageous 11 month battle with cancer on Wednesday, November 30, 2022, surrounded by his loving family in the Bedford Nursing and Rehabilitation Center, Bedford, NH. He was born on November 8, 1958 in Worcester, MA, a son of the late John and Irene (Orciuch) Foley. Mike grew up in Auburn, MA, where he was a three sport athlete while in high school. He ran track and played basketball, but his passion was football. He played varsity football and was Telegram and Gazette All Star team player. He attended UMass Amherst where he continued playing football as an offensive lineman and played in the championship Pioneer Bowl. After college, Mike moved to Londonderry, NH, where he raised his family and was an active member of his community. He was a big supporter of Londonderry athletics. He was also active in BNI, Business Networking International. Mike was a salesman for most of his life, working for various companies over the years, including Mr. Steer in Londonderry. He will be sadly missed by his beloved dog Doodle, whom he would often take to the gym and on long walks.

He is survived by his son, Brandon Foley of Portsmouth, NH, his daughter, Morgan Foley Weigler and her husband Ben of Londonderry, mother of his children and dear friend, Margaret Quinn of Hudson, NH, two step-daughters, Christine White of Maine and Ashley White of Concord, NH, step-son, Gary White of Somerville, MA, two sisters, Mary Lewis and husband Gary of Derry, NH, and Margaret Sydlowski and husband Peter of Amesbury, MA; as well as his niece and nephews, Kristen, John and Billy Sydlowski and Matthew, Kevin and Josh Lewis. He was predeceased by his parents John and Irene Foley and his beloved wife of 14 years, Kelli Anne (Penniman) Foley in 2018.

Calling hours will be held on Sunday, December 4, 2022 from 1 - 4 PM in the Peabody Funeral Homes and Crematorium, 290 Mammoth Rd., Londonderry with cremation to follow.