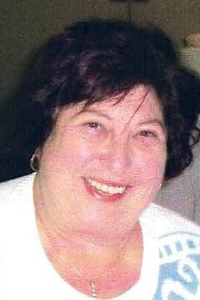 Isolde Berta (Hirsch) Risinger, 88, of Indiana, PA left to be with our Lord on Tuesday, November 29, 2022 from the Crystal Waters Personal Care Home in Home, PA.

The daughter of Heinrich and Marga (Geishecker) Hirsch, she was born on August 7, 1934 in Aschaffenburg, Germany.

Isolde met her husband Barry L. Risinger while he was stationed with the US Army in Germany. They wed on October 20, 1956 and were married nearly fifty years when Barry died on September 19, 2006.

Isolde had been employed as a stenographer in Germany prior to moving to the USA. She was the president and owner of the Risinger Trucking and Excavating Incorporated.

Isolde was a member of the German – American Club in Cape Coral, FL, as for many years she and her husband would spend the winter months in Naples, FL.

She enjoyed traveling with Barry in their motor coach across the United States and Canada. She also enjoyed bicycling and riding scooters. In fact, it was while riding a scooter years ago that Isolde first met Barry.

A talented machine and hand knitter, Isolde knitted and donated over one hundred prayer shawls.

She is survived by her daughter, Janet Carson and husband Robert of East Brunswick, NJ; her son, Richard Risinger and wife Charlene Mogle Risinger of Indiana, PA; two granddaughters: Chelsea A. Torresani and husband Bryan of Hatboro, PA and Tiffany Carson Cummings and husband, Chad of Manhatten, NY; her three great grandchildren: Paige and Carson Torresani and Nathaniel Cummings and her sister, Siegrun Staudt of Germany.

In addition to her husband, Isolde was preceded in death by her parents and her two brothers: Diethelm and Manfred Hirsch.

In accordance to Isolde’s wishes, a private memorial service will be held for her family.
Interment will be in Greenwood Cemetery in Indiana, PA.

Arrangements are with the assistance of the Rairigh Funeral Home, Ltd. in Hillsdale, PA. Visit www.rairighfh.com to sign Isolde’s guestbook and share a message.