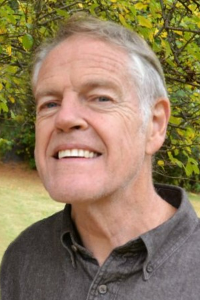 
Anthony Charles Lawrence, 80, of Medway died November 28 in the University of Massachusetts Medical Center in Worcester. Born in Winchester, England on August 27, 1942, Anthony “Tony” was the son of the late Hugh Joseph Lawrence and Olivia Macham-Davies, and the stepson of the late Col. John J. Wessmiller.

Tony was a resident of Medway, MA for 43 years. He spent his youth in Germany, Maryland, Georgia, Alaska and then Groton, MA, where he spent his formative years. As a boy, he pursued wrestling, basketball, and boxing. He often referred to himself as an “army brat,” due to the many assignments of his stepfather, an officer in the US Army, 9th Infantry. He told stories of playing in the rubble and destruction in Frankfurt, Germany after WWII, when he lived there in the late 1940’s.

Tony earned his bachelor’s degree from Fitchburg State and his master’s degree from Assumption College. He was a High School Social Studies teacher at Ashby High School from 1967-1970. After a brief reprieve underwriting for Paul Revere Insurance, Tony returned to teaching, and worked at Natick High School from 1972 until 2001. He taught history, psychology and sociology, and was also a wrestling coach and an advisor to the Student Council. He was given a grand farewell by the Student Council Students when he retired from Natick in 2001.

Ever the workout buff, Tony embarked on a second career as a fitness trainer, which he enjoyed for 4 years. He would often see people around town who would thank him for his exercise advice. In his 50’s and 60’s he could bench-press more weight than most people half his age.

Tony was always active. He was an avid skier and tennis player and loved windsurfing, volleyball, hiking and camping. Most people didn’t know that he was a talented illustrator and oil painter, and that he produced a handful of superb seascape paintings without any formal art training. Tony would sometimes show off his cartooning skills to his children and inspired both of them to pursue careers in the arts. His artistic skills translated well to being a homeowner; he built fine furniture, decks and two sheds…earning him the nickname “Tony Two Sheds.”

Tony met the love of his life, Lois Horton, in 1966 at a faculty party at Ayer High School, where she was a teacher and he was a student teacher. Never one to delay, Tony proposed 3 months later, they were married shortly thereafter, and enjoyed 55 years of marriage together.

His funeral mass will be celebrated on Tuesday, December 6 in St. Thomas the Apostle Church ,82 Exchange Street, Millis at 10:30 a.m. Burial will be in St. Joseph Cemetery, Medway.

Calling hours will be on Monday from 5-8 p.m. in the Ginley Crowley Funeral Home (www.ginleyfuneralhomes.com) 3 Barber Street, Medway.