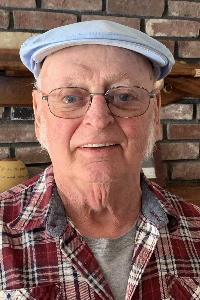 Harry was born in Laconia, NH, on December 5, 1935, son to the late Harry Daniel and Ethel (Dalton) Bean.

Harry was brought up on the Bean family farm in Gilford, NH, where he did farming, logging, and masonry work with his father. He was proud of being the 4th generation to live and work on the farm. He built his own house at the age 19, where he raised 8 children with the love of his life, Thelma L. (Blackey) Bean. After marriage, he served in the National Guard for 10 years and also worked second shift as a machinist at Scott and Williams. He then went on to work for his father-in-law at JP Leighton in Center Harbor for a few years before starting his own business as a general contractor. Jacking up houses to put in new or repair existing foundations was his specialty. He also owned the Timeout Pub for many years and was the light heavy weight boxing champion of NH in Golden Gloves in 1956. He was a contractor and business man who took great pride in his work.

Some of Harry’s hobbies were arm wrestling, gardening, carving natural canes, and bulldozing the lane. He enjoyed music and was a great dancer. Harry loved working and taking care of his property, deer hunting, and had a love for flowers and vibrant colors.

Harry had many family members and friends and was loved by all. He was there whenever people reached out for help, but was not one to reach out for help. He was very protective of his family and taught his kids how to be hard workers, hunt, fish, and general life skills. He passed on his many talents and love of family to others.

Calling hours will be held on Friday, December 9, 2022, from 4:00pm-7:00pm, in the Carriage House at Wilkinson-Beane-Simoneau-Paquette Funeral Home, 164 Pleasant Street, Laconia, NH.

In lieu of flowers, the family requests donations be made in Harry’s memory to your favorite charity.