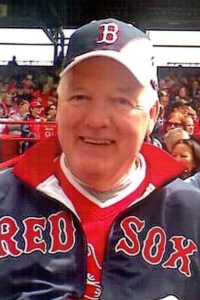 
TEWKSBURY: David Xavier Pullo, age 81, a resident of Tewksbury for the past 8 years, formally of Medford, passed away at Beth Israel Deaconess Medical Center with his family by his side on Thursday, November 24, 2022.

He was the beloved husband of Josephine M. (Celona) Pullo for 36 wonderful and memorable years.

David was raised in Somerville and graduated from Somerville High School.

From 1958 until 1962, Dave served in the U.S. Marine Corps and was awarded the Good Conduct Medal for his active-duty service.

He worked as a Manager for several area supermarkets including Shaw’s, Star Market, and Purity Supreme/Heartland until retiring.

He enjoyed taking vacations, helping others, sending care packages to his fellow Marines and spending time with his 6 grandchildren and dog Max.

In addition to his wife, he is survived by his two children, David A. Pullo, of Maine (formerly of Reading), and Patrice Pullo, of Melrose: two stepchildren, Michelle Birard and her husband Jeffrey, of Dalton, NH, and Jennifer Insogna and her husband Robert, of Tewksbury. Proud Grandfather of Jessica and Alyssa Mendez and Skyla, Jeremy, Paige and Peyton Insogna.

He was the brother of Robert Pullo and his wife Donna, of York, PA., and the late Joanne Wood and Albert Pullo. He is also survived my many Nieces and Nephews.

Dave touched everyone he met in the most positive manner. He always put others first and lived life to its fullest. He was caring, giving strong and brave. He was our Marine. Semper Fi.

Per his request, private services are planned.

Donations in his memory may be made to Clear Path for Veterans New England at www.clearpathne.org
or to Dana-Farber Cancer Institute at www.dana-farber.org