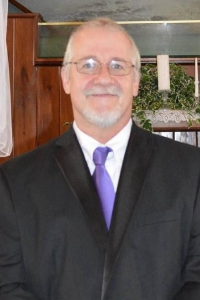 He leaves his wife of 4 years, Tracie (Robeau) Pye; his children, Dale R. Pye, Jr. of Wrentham, Ryan Pye of Worcester, Lucuis Pye of Palmer, AK, and Devin and Kayla Pye, both of Worcester; 5 stepchildren, Kitiara Stimson of Woonsocket, RI, Alex and Caleb Robeau, both of Blackstone, and Hope Robeau and Adrianna Cyr, both of Bellingham; a brother, James Pye of Worcester; 2 sisters, Cheryl Comptois of Brookfield, and Barbara Negron of Leominster; 2 grandchildren, Brayden and Julia; 3 step-grandchildren, Daniel, Novalee and Narantis, Jr. He was looking forward to the birth of a granddaughter in April.

He was born on February 4, 1965 in Worcester and raised there, a son of James and Shirley (Ferguson) Pye. He attended South High School. He lived in Athol, Whitinsville and Bellingham before moving to Charlton.

He served in the United States Army.

Mr. Pye worked for many years as a professional mover with Massad Movers in Worcester. He then was an employee at the deli department at Price Chopper in Worcester before retiring.

He was a devoted member of the First Baptist Church of Webster. He managed and manned the sound booth at services and helped at the church as a volunteer custodian.

He was a survivalist and enjoyed hunting, gardening and carpentry. He was an avid fan of the New England Patriots.

A celebration of his life will be held at 11:00 AM on Saturday, December 17, 2022 in the First Baptist Church of Webster. The Webster-Dudley Veterans Council will provide the military honors at the end of the service. Donations in his memory may be made to the First Baptist Church of Webster, 33 East Main Street, Webster, MA 01570. Arrangements are under the direction of Scanlon Funeral Service, 38 East Main Street, Webster.