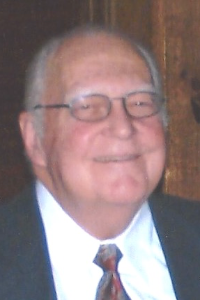 William F. Mahoney, age 88, of Mansfield, passed away peacefully on Monday, November 28, 2022 at the Alliance Health at Maples in Wrentham. He was the much-loved husband and best friend of Frances M. (Cisternelli) Mahoney, to whom he was wed for sixty-three years.

Bill grew up in Norwood and was a graduate of Norwood High School. During the Korean War, he proudly served his country as a member of the United States Air Force. Following four years of service, he was honorably discharged on February 11, 1957 with the rank of Staff Sergeant. He resumed his education, graduating with a bachelor’s degree from Northeastern University. While in high school, the service and college, Bill was a well-known basketball player.

A resident of Mansfield for the past thirty-eight years, Mr. Mahoney had been employed for over thirty years at the Foxboro Company, retiring as a Plant Manager. In his retirement years, along with his wife Fran, they owned and operated a cleaning company in Mansfield.

Bill’s love and dedication for family was unsurpassed. He was a communicant of Saint Mary’s Church in Mansfield, a senior member of the Society of Manufacturing Engineers and a member of the American Legion. He was an avid New England sports fan and especially enjoyed watching the news and always keeping up on current events.

A funeral service will be held at the funeral home at the conclusion of visitation on Monday at 12:00 P.M. Burial, along with military honors, will follow at Saint Francis Cemetery in Walpole.

Those wishing may remember William with a donation in his memory made to the Dementia Friends Massachusetts, 1430 Main Street, Waltham, MA 02451.