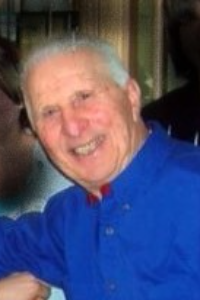 
TEWKSBURY: Silvio Phillip Giampa, age 92, a resident of Tewksbury for over 25 years, formerly of Somerville, passed away at Lowell General Hospital on Monday, November 28, 2022.

He was the beloved husband of Kathlene V. (Tipton) Giampa, who passed away on October 1, 2021.

Born in Cambridge on March 3, 1930, he was one of eight children of the late Marco and Mary (Comeiro) Giampa.

Phil was raised in Cambridge and attended Cambridge schools.

In 1951, he enlisted in the U.S. Army and served during the Korean War Era with Company B, 12th Infantry Regiment, 4th Division. Phil was awarded the Army Occupation Medal (Germany) for his active-duty service.

Prior to his retirement, he served as a firefighter for the City of Somerville Fire Department for over 30 years.

An avid outdoorsman, he enjoyed hunting and fishing throughout New England for the past 60 years.
In addition, he loved gardening and tinkering with small engines.

He was a longtime member of the Tewksbury Golden Age Club and Senior Walk-In- Center.

Calling hours are Thursday, December 1st, from 9-11 a.m. at the Farmer & Dee Funeral Home, 16 Lee Street, Tewksbury, followed by his Funeral Mass to be celebrated at 11:30 a.m. at St. William of York Church, 1351 Main Street, Route 38, Tewksbury. Interment at Oak Grove Cemetery, Medford. In lieu of flowers, donations may be made to St. Jude Children’s Research Hospital, 501 St. Jude Place, Memphis, TN 38015 or online at www.stjude.org