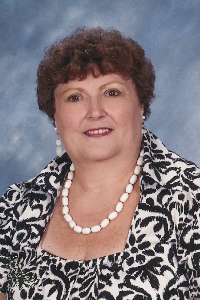 Sandra was born to the late Walter and Ruby (Ray) Souza on August 17, 1943. She was raised in a large and caring family as the second daughter of seven children. She was preceded in death by her siblings Edith, Walter, Lawrence, Richard, Patricia, and Ruby; and her step siblings Anne, Joe, Johnny and Bob; and her beloved husband, Thomas P. Gauvreau Sr.

She was a long-time resident of Whitman, MA where she raised her family and later resident of Bridgewater, MA for eight years.

Sandra was a devoted member of the Holy Ghost Parish in Whitman, an electronics assembler at Foxboro Company for ten years, and a member of the East Bridgewater YMCA where she did water aerobics for many years. She loved camping, traveling, playing cards and board games.

Sandra is survived by her son, Thomas P. Gauvreau Jr of Whitman; daughter Debra J Jackson of East Weymouth; five grandchildren, AnneMarie, Katelyn, Julie, Carolyn and Steven; eight great-grandchildren; her aunt, Jeanette Souza; her sister in-law, Joan Souza; two step-sisters, Irene Morrison and Carol Dale; and many nieces, nephews, great-nieces and great-nephews. She will be remembered and, in our hearts, always and forever.

Family and friends are invited to attend her visiting hours on Monday December 5 from 5:00-8:00 PM in the Blanchard Funeral Chapel, Plymouth Street (Rte. 58 @ the rotary) Whitman and her services on Tuesday December 6 at 11:00 AM in the Chapel. Burial will be in the Saint James Cemetery.