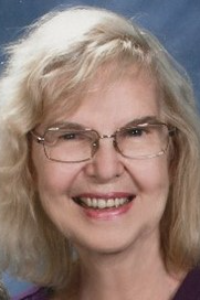 Born July 11, 1932, in Laconia, NH, the daughter of George W. and Florence (Carroll) Carr, Betty grew up in St. Johnsbury, VT, and the family moved to Winnisquam, NH, in 1939. She attended Tilton Schools and graduated from Tilton-Northfield in 1950.
As a young adult she helped out at her father’s store, Carr’s Market, in Winnisquam.

She attended UNH and graduated in 1954 with a Bachelor of Arts degree. Betty worked at Irwin Motors in Laconia, NH and also at the Winnisquam Post Office. At Irwin’s, she met her future husband, Ford Welch Jr., and they married in 1956. They raised 4 children and resided in Winnisquam, NH. She later became the music teacher at Union Sanborn in Northfield, NH and Sanbornton Central in Sanbornton, NH. She also taught in the music department at Inter Lakes, as well as Belmont and Sandwich schools. During this time, she started her business, Lakeside Music Studio, where she taught lessons at her residences in Winnisquam and Belmont.

She served on the building committee for the construction of the First Methodist Church in Gilford and later became the church organist in 1974, and served until her retirement in 2008. Betty was involved in Street Car Company, in which she played around 30 shows including “Oliver”, “1776”, “The Sound of Music”, and many others. She started the Lakes Region Singers in 1992 which evolved from the madrigal dinners and stepped down in 2010. She also sang with Pemigewasset Choral Society and was involved with New Hampshire Federation Chorus with which she was able to travel to China, Australia, and New Zealand.

She is survived by her sons, Gary, of Gilmanton, Greg and his wife Ellen, of Northfield, Peter and his wife Cindy, of Belmont, and a grandson, Stephen, and his fiancé Karin Hakala of Bethlehem, NH, as well as many cousins. She was predeceased by her daughter Carol, her husband Ford, and stepson Michael.