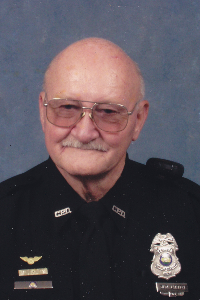 Everett William "Bud" Litten, 84, passed away at his home November 25, after a hard fought battle with cancer.

He served in the National Guard and Army from 1957-1964. He worked at Delco Remy for 30 plus years and was a Police officer for Chesterfield Police Department for more than 30 years; and worked security at Hoosier Park.

Bud obtained his pilot's license after he got out of the Army flying out of Ace and Anderson Airports. He drove race cars all over Indiana, mainly Anderson Speedway, Engineered passenger trains from Connersville to Metamora, Indiana and was an avid model train enthusiast his whole life and a member of the Anderson Public Library Model Train Club and many other groups and organizations in his life.

Funeral services will be held at 1 p.m. on Friday, December 2, 2022 at Rozelle-Johnson Funeral Service with Ned Clark officiating. Burial will follow at Anderson Memorial Park Cemetery with military rites.

Visitation will be Friday from 11 a.m. until the service at 1 p.m. at the funeral home.