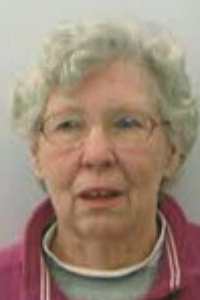 Gladys Emily (Waterman) Lynch, 92, of Franklin, formerly of Rehoboth, died November 27 in the Enclave in Franklin. She was the wife of the late Andrew E. Lynch who died in 2012.

Born in Cranston, Rhode Island, September 16, 1930, the daughter of the late Charles and Vivian (Hopkins) Waterman, Gladys grew up in Barrington, Rhode Island and had lived in Rehoboth for many years before recently coming to Franklin.

She enjoyed time at her vacation home in Dennisport and also doing puzzles playing bingo and going to the beach.

She is survived by her son Thomas Lynch and his wife Kathleen of Franklin.

Gladys is also survived by her grandchildren, Timothy, Matthew and Kristen Lynch and by several nieces and nephews.

Her service will be private.

In lieu of flowers donations may be made in her memory to the charity of one’s choice.

Arrangements are under the care of the Ginley Funeral Home of Franklin (www.ginleyfuneralhomes.com).