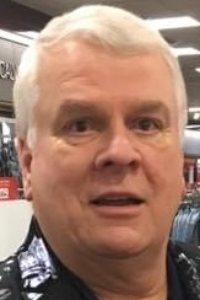 Born in Brockton, Massachusetts and first son of Carl Miles and Charlotte (Bagley) Miles, he proudly served in the United States Airforce based in Okinawa. He then worked in the transportation industry for 50 years.

Carl was a beloved hockey coach for many years with WHK Youth Hockey. He was an avid outdoorsman spending his time hunting, fishing, snowmobiling, kayaking, and playing golf. During his younger years Carl was an accomplished water skier and baseball player; he is featured in the Lake Winnipesaukee Museum where he holds a number of records, he was also invited to tryout with the Detroit Tigers after playing baseball in the Air Force.

His greatest joy was his five grandchildren whom he adored and loved spending time with at the rink, field, or in his backyard.

He was the husband of Sandra (Lundin) Miles for 48 years and the older brother of Carol Purpura of Tilton, New Hampshire and the late Craig Miles of Laconia, New Hampshire. He leaves behind two sons, Carl L. Miles and his wife Kaitlyn Miles of Taunton, and Mark Miles and his wife Sharice Miles of Abington. His beloved grandchildren Raylen, Hunter, Rory, Brooks (Charlotte) and Braelyn.

He also leaves behind a big and loving extended family of cousins, uncles, aunts, and dear friends.

Relatives and friends are invited to attend his visiting hours on Sunday December 4 from 2:00-5:00 PM in the Blanchard Funeral Chapel, Plymouth Street (Rte. 58 @ the rotary) Whitman and his funeral service on Monday December 5 at 10:00 AM in the Chapel. Burial will follow at 12:30 PM in the Massachusetts National Cemetery, Bourne.

In lieu of flowers, donations may be made to MassWildlife Wildlands Fund.