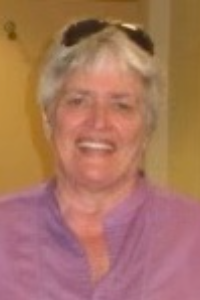 Born February 8, 1943, in Milford, a daughter of the late Frank and Ruth (Downes) King, she was a longtime resident of Franklin.

She was raised and educated in Holliston and was a graduate of Holliston High School Class of 1961. Marilyn worked for the town of Franklin School Department as a custodian and formerly worked for Mr. Joseph’s Catering.

Marilyn was devoted to her family and friends, and also enjoyed traveling to Las Vegas.

She is survived by her children, Henry O. Plausse, Jr. and his fiancé Rona Busse, of Harissville, RI, Gary M. Plausse and his fiancé Maria Rebhan of Franklin and Danielle M. Ellenberger of Uxbrisge, a brother Brian King of Connecticut and her sister, Maureen Stipuphile of New Hampshire.

Relatives and friends are invited to attend her funeral service Friday December 2nd, in the Charles F. Oteri and Son Franklin Funeral Home 33 Cottage St. at 10AM.

Calling hours are Thursday from 5-8PM at the funeral home.