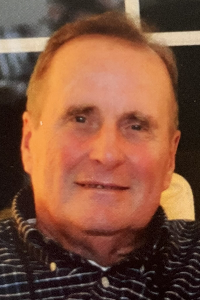 Ronald David Haggarty, 87, of Franklin died November 25th at Benchmark Senior Living at Forge Hill, Franklin following a long illness. He was the husband of Judith F. (Phillips) Haggarty for the past 65 years.

Born in Providence, Rhode Island, October 12,1935, the son of the late Philip and Doris (Moore) Haggarty, Ronald was raised in Lafayette, Rhodes Island. He had lived in Wayland for over 40 years and then resided in Franklin for 17 years, before moving to his summer home in Falmouth. He recently moved to Benchmark Senior Living.

Ronald was a graduate of Manhattan College with a B.S. in Electrical Engineering and also received and M.S. from the Massachusetts Institute of Technology.

He had worked for the MITRE Corporation for 36 years retiring as Vice President of Research and Technology.
Ronald had been the Director of both Wayland and the Central Massachusetts Youth Football program for many years.
He enjoyed basketball and football and he especially enjoyed doing projects around his home.
Being with his family was above all the most important thing to Ron and what he loved the most.

He was the brother of the late Owen and John Haggarty.

His funeral mass will be celebrated on Tuesday, November 29th in St. Brendan’s Church, Bellingham at Noon.
Burial will be held privately on Wednesday, November 30th in St. Joseph’s Cemetery, Falmouth.

Calling hours will be on Monday from 4-6 p.m. and on Tuesday from 9:30-11:30 a.m. in the Ginley Funeral Home of Franklin (www.ginleyfuneralhomes.com) 131 Main Street, Franklin.

The family asks that flowers be omitted and that donations be made in his memory to Sparhawk Academy, 376 Orchard Street, Millis, MA 02054.