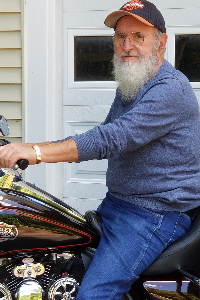 Frank Swinarski, 73, of Londonderry, NH died Friday November 25, 2022 at the Elliot Hospital, Manchester, NH. He was born in Ware, MA on August 10, 1949, a son of the late Walter and Jennie (Salamanowicz) Swinarski. Frank had resided in Londonderry for the last 29 years, formerly living in Woonsocket, RI.

He recently retired from BAE systems, after a long career as a security specialist working there and previously at Mosler safe company for 27 years. He was a loving husband, father and grandfather who delighted in spending time with his family. He was an avid motorcycle enthusiast that spent much of his free time riding and maintaining his motorcycles. He loved finding home improvement projects to occupy his time and took great pride in his lawn.