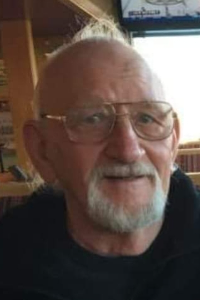 Carl "Buddy" Metz, 87, of Londonderry, NH passed away Friday November 25, 2022, at his residence surrounded by his loved ones. Carl was born August 22, 1935, in Cincinnati, OH and was a son of the late John and Edna (Heidorn) Metz. He was raised and educated in Cincinnati until age 12 when his family moved to East Boston, MA. Buddy has been a resident of Londonderry since 1973.

Buddy served his country proudly as a member of the U.S. Marine Corps. during the Korean War. He was employed by Hadco Corp. of Derry for 27 years, retiring as a manager in 2000. He enjoyed the outdoors and had been an avid snowmobiler and 4-wheeler enthusiast.

Mr. Metz is survived by his wife of 13 years, Joy (Mitchell) Metz, a son, John Metz, and his spouse, Eric Lorion, daughter Cindy Slater and her husband Robert, and daughter Karla Metz. Five grandchildren, Bobby, Jeff, Jessica, Brianna and Brett, four great grandchildren, Abby, Shelby, Ella and Camden. He was predeceased by his first wife Katherine (Murray) Metz, in 2004, a brother and a sister.

After cremation, a graveside service will be held Thursday December 1, 2022, at 10 am, in the Holy Cross Cemetery in Londonderry. People are invited back to the house after the service. The Peabody Funeral Homes of Derry and Londonderry is assisting the family. To send a condolence, please visit www.peabodyfuneralhome.com.