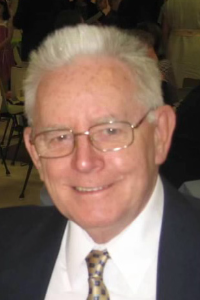 
William J. “Bill” McIntosh age 88 of Brockton, died November 24, 2022 at his home surrounded by his family. He was the devoted husband of Agnes (Thompson) McIntosh for 63 years. Bill was born and raised in Dorchester, a son of the late Francis and Dorothea (McLean) McIntosh and served in the US Army in the late 1950s. He lived in Brockton since 1958.

A graduate of Dorchester High School, Bill was an electrician with IBEW Local 103 in Boston for 61 years. He was proud to be a member of five generations with his family in the union. Bill enjoyed fishing, hunting, baseball, watching his sons play hockey and most importantly spending time with his family
.
Bill was the father of William J. McIntosh, Jr. and his wife Teresa of Brockton, Kathleen Baggot and her husband Daniel of Hendersonville, TN, John McIntosh and his wife Mary of Assonet, Mary Ellen Gubin and her husband Mark of Wareham, Paul McIntosh and his wife Julia of Plymouth, and baby Francis. Bill leaves many grandchildren, great grandchildren, nieces, and nephews. He was the brother of the late Edward “Butch” McIntosh, Francis McIntosh, and Carol Call.

Visiting hours will be held in the Conley Funeral Home at 138 Belmont St. (rte. 123) in Brockton on Tuesday, November 29th from 4-7pm. The procession will gather at the funeral home on Wednesday, November 30th at 9:30 am for a funeral Mass at Our Lady of Lourdes Church at 10:30 am. Burial to follow in Mass National Cemetery in Bourne. In lieu of flowers, donations in Bill’s name may be made to:
Advocates for Autism of Massachusetts
217 South Street
Waltham, MA 02453
http://www.afamaction.org