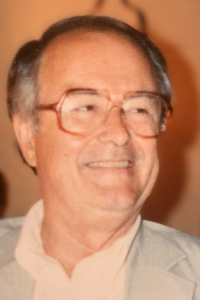 He is predeceased by his granddaughter; Rachele Beer in 2019, his brothers;
Herbert, Richard, Robert and Arnold Beer and his sisters; Doris Thomas,
Jean Leon, Beverly Granlund and Ethel-Joe Seery.

George was the owner of Spencer Metal Finishing in Brookfield for 40 years
prior to his retirement in 2009. He was a talented craftsman and built their
family home. He came into the Catholic Church in 1990 at 63 years of age.
George was an avid reader and enjoyed spending time on the Cape with his
wife. More than anything, he was devoted to his family and spent his life in
service to others.

He was born in Worcester, the son of Herbert and Ethel M. (White) Beer and
later served his country with the U.S. Army during the Korean War.

George's funeral will be held on Thursday, Dec. 1st., from the J. HENRI
MORIN & SON FUNERAL HOME, 23 Maple Terr., Spencer with a funeral
Mass at 10 a.m. in Our Lady of the Rosary Church, 7 Church St., Spencer.
Burial will follow in the MA. Veterans' Cemetery, 111 Glenallen St., Winchendon,
MA. with Military Honors. Calling hours are Wednesday, Nov. 30th from 4 to 7
p.m. in the funeral home. In lieu of flowers, contributions may be made to
either the Spencer Rescue Squad, 6 Bixby Rd., Spencer, MA., 01562 or
Problem Pregnancy, 495 Pleasant Street, Worcester, MA, 01609.