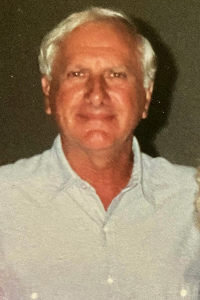 Carl was born in New Bedford, MA to the late Joseph Caron and Alboma (Emond) Caron. He had served in the United States Army and later went on to work as a bus driver for the New Bedford Public School System for many years.

He is survived by his wife, Rita Caron; daughter, Melissa DaCosta and her husband Derek; grandchildren, Kayla and Madison DaCosta; as well as several nieces and nephews.
He was predeceased by his late siblings, Irene Furtado, Edger Caron, Paul Caron, Gabrielle Dutra, Estelle Baker and Phillip Caron.

Carl’s Memorial Mass with his cremains will be held on Saturday, December 10, 2022 at 12:00 P.M. at Our Lady of Guadalupe Parish at St. James Church, New Bedford. All attendees are kindly asked to meet directly at the church.