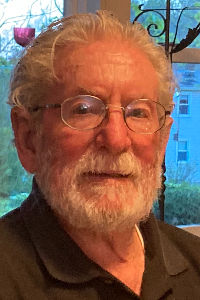 SPENCER; Gordon A. Walden, Jr., 88, died Monday, November 21 at UMass Memorial Hospital in Worcester, surrounded by his family.
He leaves his wife of 62 years, Rachel L. (Eddy) Sargent Walden, three sons; Richard L. Sargent and his wife Dianne, David L. Sargent and his wife Rosemarie of Spencer, Mark N. Walden and his wife Susanna of San Diego, CA., a daughter, Cynthia A. Walden-Levey of Spencer, 14 grandchildren and 11 great-grandchildren.
He was predeceased by a brother Thomas A. Walden and a daughter Lynda J. Sargent-Lajeunesse.
Born in Worcester, he was the son of Gordon A. Walden, Sr. and Cora (Norton) Walden, he resided in Grafton from 1961 to 1998 before moving to Spencer.
Mr. Walden was a graduate of Sutton High School, Class of ‘52, he then served his country in the Army during peacetime.
He worked as an assistant metallurgist at Wyman Gordon in Grafton and Millbury for 41 years, retiring in 1994.
He was a Mason belonging to the Hayden Lodge in North Brookfield. He was a long time active member of the Evangelical Congregational Church in Grafton and then for many years at the Congregational Church of Spencer.
He was an avid fisherman and a long-time member of the Picadilly Big Game Fishing Club. He was a life- long skier and regular golfer and bowler. His vegetable garden was very important to him - he enjoyed sharing the produce with family, friends, and charity. He was very passionate about boating, spending much time with family on the waters around Cape Cod.
A Memorial Service with Military honors will be held Saturday, December 17 at 11 AM in the J. HENRI MORIN FUNERAL HOME, 23 Maple Terrace, Spencer. A calling hour will precede the Service from 10-11 AM. Burial will take place in Pine Grove Cemetery, Spencer at a later date and at the convenience of the family.
In lieu of flowers, contributions may be made to the Mary, Queen of the Rosary Food Pantry, 46 Maple St., Spencer, MA 01562 or a charity of your choice.