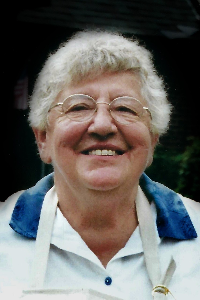 She joined the faculty at Wellesley College in 1959 and was a Professor of Chemistry there until her retirement in 1992. She was named the inaugural Nellie Z. Cohen and Anne Cohen Heller Chair in the Health Sciences. Betty directed students in the National Science Foundation Undergraduate Research Opportunities summer programs at Wellesley beginning in the early 1960s. She served as Chair of the Chemistry Department and Director of the Science Center during the crucial planning period for the 1977 Science Center expansion. She was a beloved teacher, mentor, and administrator during her years at Wellesley College and influenced more than a generation of leaders at the College.

Betty was also a long-time member of the U.S. Army Science Board (ASB) from 1982 to 1995. She volunteered her own personal time on at least fifteen different ASB studies over her long tenure with the ASB, including helping develop defenses against chemical weapons. ASB notes: “She was one of only a handful of women who served on the ASB at that time. Her contributions have and will continue to impact the U.S. Army and the DoD for years to come. Her reputation and her work on the ASB leave a legacy that will never be forgotten."

Betty traveled the world. She loved skiing and playing tennis, golf, and bridge. She is survived by many nieces, nephews, and friends. She will be buried at St. Augustine Cemetery in Peru, NY. Service and burial will be private. Donations in her memory may be made to Rosie’s Place, P.O. Box 51399, Boston, MA 02205-1399.