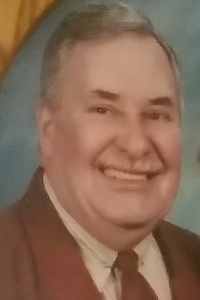 Lawrence J. Nunes, 90, of Londonderry, NH, formerly of Norwich, CT, passed away Tuesday November 22, 2022 at Pleasant Valley Nursing Center in Derry, NH after a period of declining health. He was born June 12, 1932 in Newport, RI and was a son of the late Joseph and Lillian (Williams) Nunes. Mr. Nunes was a resident of Norwich for over 30 years, prior to relocating to Londonderry to be near family.

Larry was a 30 year employee and Regional Manager with Leahy Fuels of Danbury, CT, prior to his retirement. Larry enjoyed time spent with his family and friends and was a long-time Barbershop singer in the “Rose City Chorus” and his own quartet.

He is survived by his son, Lawrence Nunes and his wife Jean; one granddaughter, Jessica Fields-Shaw and her husband Robert. He was predeceased by his beloved wife Dorothy (D’Almeida) Nunes in 2010 and his two daughters, Deborah and Kimberly Nunes.

Following cremation, a graveside service will be planned by the family for a later date. The Peabody Funeral Homes and Crematorium of Derry and Londonderry, NH are assisting the family with arrangements.