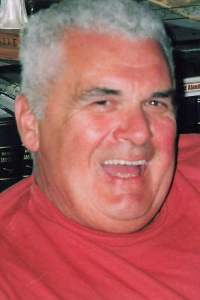 
John L. Connell passed away peacefully on November 19th at Brooksby Village. He was 81. Born and raised in South Boston, John was the son of the late Joseph F. and Jessie M. (McEachern) Connell.

A Medford resident since his marriage, John served with the U.S. Coast Guard for four years and was honored to be part of the protective detail for President Kennedy, whenever the President was at his Hyannis home. For over thirty years, John worked at the Boston Globe, delivering the paper in the early hours of the morning to venues in the Boston area. A great outdoors man, John not only loved the sea, but also enjoyed hunting, fishing, ice-fishing and was a life-member of the Woburn Sportsman Assoc. For many years, John volunteered at the Bedford VA Hospital, where he visited with the residents and patients, often spending time with them to offer friendship and support. To commemorate Veteran’s Day, John was often invited to give talks at Medford High School on the value of patriotism and service. A dedicated friend, John met daily with a group of old friends and enjoyed lunch and coffee at local restaurants and coffee shops. John was devoted to his family. He was a loving husband, father and grandfather who always looked forward to time with his family.

The beloved husband of the late Lucille V. (Palumbo) Connell who passed away in 2006, John was a devoted father to Tiffany Connell of Pembroke, Christine Randazzo and her husband John of Andover, CT and Jonroy Connell and his wife Roda of Georgetown. He was a loving grandfather to Nicholas, Cianna, Jackson, Cole, Luke, Lucia, and Finlay. He was predeceased by his brothers Joseph and William Connell.

Relatives and friends are respectfully invited to visit at the Dello Russo Funeral Home, 306 Main St., Medford, on Tuesday, November 29 from 3 - 6 PM concluding with a funeral service and military honors at 6 PM.

In lieu of flowers, the family requests that donations be made in John's name to the Alzheimer's Association, 309 Waverley Oaks Road, Waltham, MA 02452.