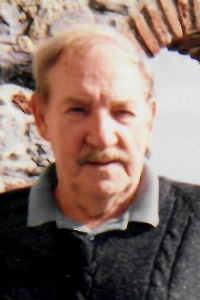 James Allen Bailey, husband of Claire P. Bailey, passed away peacefully on November 19, 2022, at Advinia Care in Salem with family close by. He was the son of the late Harvey C. Bailey and Olevia (Melder) Bailey. Jim was born in Forest Hills, Louisiana and worked his way through college, graduating with a Bachelor of Science degree from Northwestern State University. After joining the Army in 1955, Jim rose to the rank of Lieutenant Colonel in both the Army and later in the Massachusetts National Guard. A driven businessman, Jim was a Director at Spacetac, a high tech company, and later owned Bayco Electronics in Winchester, MA. Jim also invested in many Salem area multi-family properties starting in the 1970’s, and still owned many of those as of his passing. Jim was a member of the Salem Rotary Club and was a Past President of the Salem Boys Club (now known as the Boys and Girls Club of Greater Salem).
Over the years, Jim traveled to many overseas countries with his friends in the Ancient and Honorable Artillery Company, an organization that Jim was part of for 49 years, attaining the rank of Colonel. Jim also enjoyed many cruises on the Mediterranean and Caribbean seas with his wife Claire.
Years after his retirement from the Army and National Guard, Jim and Claire became “snowbirds”, spending winters in Naples, Florida where they met many good friends. From late spring to fall, they would share time between their Salem house and the family farm in Fryeburg, Maine.
Along with Claire, his wife of 43 years, Jim is survived by his stepsons James E. Tanch of Beverly and fiancée Colleen Miller, Kenneth M. Tanch and wife Jean of Rowley, George “Tom” Tanch and wife Karen of Hamilton, his stepdaughter Judith L. Bonaiuto and husband Dennis of Topsfield and son Bradford Bailey of Rochester, NH. Jim is also survived by 12 grandchildren, Michael James Bailey McGettrick, James Tanch Jr. MD, Derek Tanch, Emery Tanch, Tyler Tanch, Emily Tanch, Scott Tanch, Benjamin Tanch, Grace Tanch, Thompson Tanch, Isabelle Tanch and Jessica Bonaiuto, and two great-grandchildren, Aiden McGettrick and Emmett McGettrick, and many nieces and nephews in Louisiana and Texas.He was predeceased by his brother Odria Bailey and sisters Urble Fontenot and Opal Carroll.
Relatives and friends are cordially invited to his funeral service in Tabernacle Church in Salem, corner of Washington and Federal Streets in Salem on Saturday, December 3, 2022 at 11:00 AM. His burial with Military Honors in Harmony Grove Cemetery, Salem will be private. Calling hours, at the Levesque Funeral Home, 163 Lafayette St., [Route 114 / 1-A] Salem will be on Friday, December 2nd from 4:00 to 8:00 PM. In lieu of flowers, memorial contributions, in his name may be made to, Boys and Girls Club of Greater Salem, 29 Highland Ave., Salem, MA 01970. For Guestbook, please visit www.LevesqueFunerals.com Join Zoom Meeting
https://us02web.zoom.us/j/84298948338?pwd=RkVodnZhdVdPRnFBQnhBZ1lzTGgwQT09