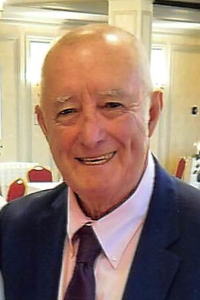 Edulfo Chavez, 75 of Hampton, NH, passed away peacefully after a long illness at his home on Monday, November 21, 2022 surrounded by his loving family. He was the husband of Isabel (Silva) Chavez with whom he shared the last 42 years.

He was born in Portoviejo, Ecuador on April 5, 1947 and was a son of the late Toribio Chavez and the late Zoila Carmen (Moreira) Chavez. He was raised in Ecuador, where he attended the area schools and served in the Ecuador military.

In 1975, he relocated to the United States, settling in Watertown eventually moving to Lowell, where he made his home. Edulfo worked in manufacturing for many years at various companies, including Altotronics, Wang Labs, Ma/Com and most recently Raytheon until his retirement in 2009. He was a longtime Lowell resident, and was affectionately known by many in the community as "Carlos".  He and his wife relocated to Hampton, NH in 2016.

Edulfo loved playing and watching soccer, especially watching his children play soccer. He was very active and loved riding his bicycle throughout Boston and along the Charles River. More recently he enjoyed rides along the NH Seacoast.

He is also survived by his siblings, Zoila Greenlay and her husband, Lance of Haverhill, Ramona Chavez of Tyngsboro, Kleber Chavez and his wife, Jeannette of Dracut; his sister-in-law, Santy Chavez of Florida; and many beloved nieces, nephews and cousins.

He was predeceased by his brother, the late Salvador Chavez.

Please find us on facebook or visit www.McDonoughFuneralHome.com to leave the family a message of condolence at any time.