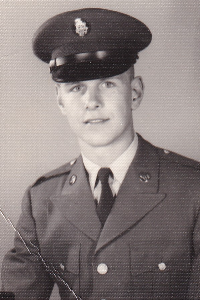 An Army veteran, he was deployed to Vietnam and to the DMZ in Korea and then to 2 tours in Germany. In the U.S. he was stationed at Fort Hood in Texas and at Fort McPherson in Georgia.
He retired from the Army as a Master Sergeant after 22 years of service.
In civilian life, he worked for the U.S. Postal Service for many years.

Richard loved to collect stamps and postcards and held an extensive collection of both. He enjoyed watching ice hockey. Although he resided many years in the South, he always looked forward to his visits to New England and especially to Webster, MA to be with family and friends.

He was born in Webster on September 15, 1945, the son of Walter and Malvina (Bryant) Beauchesne and grew up there.

He leaves a sister, Jeanne A. Samples of Dudley, MA; a nephew, Justin Samples and his wife Elizabeth of Woonsocket, RI; a niece, Kristen Liberty and wife Lisa of Thompson, CT; an aunt, Norma Beauchesne of Webster; and several cousins. He was preceded in death by his brother-in-law Ronald Samples in 2019.

A graveside service will be held on Monday, November 28 at 11:00 AM in Sacred Heart Cemetery, Old Worcester Road, Webster, MA with the Webster-Dudley Veterans Council providing the military honors. There are no calling hours. Donations in his memory can be made to pawsforpurplehearts.com. Local arrangements are under the direction of Sitkowski, Malboeuf & Hickey Funeral Home, 340 School Street, Webster, MA.