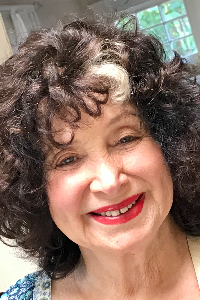 Vicki Ann Netkin (Fribourg), 85, of Los Angeles, California, peacefully made her transition from
this life on September 23, 2022, in Ventura, California. Vicki was born on August 10, 1937 to
Louis Lucien Fribourg and Beatrice (Bernice) Ella Fribourg (Schulhoff). In 1980, at age 43, Vicki
received an AA degree in nursing from Santa Monica College. From 1982-2002, she worked at
the West Los Angeles V.A. Medical Center, where she provided inpatient psychiatric nursing
services to veterans. After retiring from the V.A. she also took on several part-time nursing jobs
in service of the disabled. In 1993, Vicki purchased her dream home, a Venice, California 1915
Vintage Cottage where she lived until 2021.
Vicki went to Los Angeles High School and graduated in 1955, at age 17. The same year, she
married her first husband, Harold (Hal) Edmund Netkin and was a devoted wife and mother of
her two daughters. Vicki and Hal divorced in 1971, but they remained good friends for the rest
of her life. Vicki was married to her second husband, Carl Engstrom for a short time, but they
also remained good friends. In the last days of his life, Vicki helped care for Carl during his
difficult battle with cancer. In 2000, Vicki met her friend & partner, Ken Siers, with whom she
shared 21 years.
Vicki is survived by her two daughters Lois Ileen Hummel & Alisa Lou Jackson, and their
husbands Kenneth Hummel & Bobby Jackson, her grandchildren William Hummel, David
Hummel, Anitra Jackson, Chennelle Jackson Simpson, Dathan Jackson, her 7 great-grandkids
Elijah Hummel, Deshawn Jackson, Darius Jackson, Aliyana Gonzales, Deja Jackson, Arthur
Gonzalez & Bella Novetti. She is also survived by her brother & sister-in-law Louis Fayne and
Lynn Fayne, her niece Anastasia Ebbert & her husband Phil Ebbert, and their children Anika
Ebbert and Talon Ebbert. Vicki is predeceased in death by her parents, Louis Lucien Fribourg &
Bernice Fribourg (Schulhoff) and two grandchildren Benjamin Jackson & Carolyn Rose Hummel.
Vicki was all about expressing her love of family and friends and she was deeply loved by
everyone. She enjoyed square dancing, shopping and get-togethers. She loved helping others,
especially those with the greatest needs, as was evident by her many long-lasting friendships,
and her life’s work.
The family wishes to extend their gratitude to all the wonderful and loving caregivers at Rowe
Residence where Vicki lived in the last 9 months of her life. Because of them, Vicki was able to
experience joy and laughter, while maintaining dignity, as she moved through that difficult
phase.
We will celebrate Vicki’s life in Ojai, California on January 21, 2023. Service will be at 11am,
followed by lunch. All those interested in attending either live or on Zoom, please contact the
family at 805-796-4143.