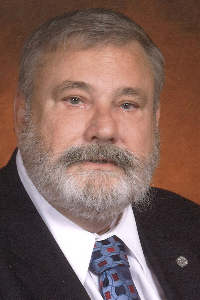 Funeral services will be held 11 AM, Wednesday, November 23, 2022, at The Paulk Funeral Home Chapel in Fitzgerald, with the Rev. Greg Pope officiating. Interment will follow in the Evergreen Cemetery, in Fitzgerald, Georgia. The family will receive friends one hour prior to the services at the funeral home.

Mr. Liles was born April 14, 1944, in Atlanta, Georgia, to the late W.E. & Vivian Johnstone Liles. He graduated from Fitzgerald High School in 1962 and honorably served in the United States Navy for 22 years. Following his retirement from service, Mr. Liles worked for Nuclear Power Plants. He was an avid Purple Hurricane fan and a scout leader who loved to serve the community. He was a very generous and loyal friend. He enjoyed cooking for community groups, calling Bingo at the Elks Club, and playing cards on Wednesday night. Mr. Liles was a member of American Legion Post 99 where he served as finance officer. He was also a member of First Baptist Church of Fitzgerald and the Sportsmen’s Sunday School Class.

He is survived by a son, Alexander Liles & Shannon Dunnigan Liles of Rome; a daughter, Andrea Leigh Liles & John Oren of Dallas, Texas; grandchildren: Edward Spencer Cannon, Connor Everett Cannon and Vivian Jeanne Liles; three sisters: Linda Shedd of Georgetown, Lana Kowalski & Pat of Omaha, Nebraska and Cathy Vickers & Wayne of Ambrose. In addition to his parents, he was preceded in death by his wife, Glenda Alexander Liles and a brother-in-law, Don Shedd.