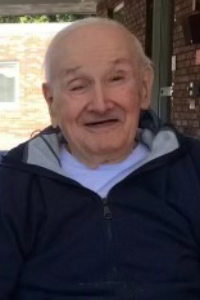 DARTMOUTH … Joseph G. Gluchacki, 93, of Dartmouth passed away, Saturday, November 19, 2022, at Brandon Woods of Dartmouth.
He was the widower of Janice (Chichlowski) Gluchacki.
Mr. Gluchacki was born in Fall River a son of the late Charles and Anna (Kataryna) Gluchacki and lived most of his life in Fall River.
Joseph was in the army during the Korean conflict where he was a private first class. He worked for Raytheon Corporation in Waltham as a radar technician.
He enjoyed working on televisions and electronics and spending time with his children and grandchildren.
Survivors include three sons, Joseph A Gluchacki and his wife Brenda of Dartmouth, David M Gluchacki and his wife Tammy of Dighton and Brian T Gluchacki and his wife Denise of Berkley, a daughter, Susan A Barboza and her companion Angel Vasquez of Swansea and eight grandchildren, Jessica Barboza, Jennifer Barboza, Hannah Gluchacki, Rebecca Gluchacki, Jacob Gluchacki, Avery Gluchacki, Reily Gluchacki, and Derek Gluchacki. Many nieces and nephews. He was the brother of the late Anne Shephard, Rose Peixe, Mary Gluchacki, Bernice Ostapow, Albert Gluchacki, John Gluchacki and Helen Gluchacki.
Funeral Mass to which relatives and friends are invited will be held Tuesday, November 22, 2022 at Saint Bernard’s Church 30 South Main Street Assonet, MA 02702 at 10:00 am. Interment will be in Notre Dame Cemetery, Fall River.