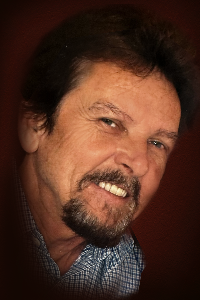 Gary Lamar Hunter, 69, of Irwin County, Georgia, died peacefully on Friday, November 18, 2022, with his wife by his side after a valiant battle with cancer.

Funeral services will be held 2 PM, Saturday, November 26, 2022, at The Paulk Funeral Home Chapel in Ocilla, Georgia, with the Rev. Clayton Dowd officiating. John Fennell will give the eulogy. Interment will be private. The family will greet friends one hour prior to the service at the funeral home on Saturday.

Mr. Hunter was born September 21, 1953, in Irwin County, Georgia, to the late Ernest & Eloise Whitley Hunter. He attended Irwin County High School and earned his welder’s certification from Ben Hill-Irwin Tech. In his earlier years, he enjoyed drag racing and working on his Plymouth Duster. He worked for Kelly Manufacturing as a welding supervisor. Together with his wife, he owned and operated A-1 Medical Transporters for 25 years. After retiring, he enjoyed operating his lawn service where he took great pride in his work. Mr. Hunter served on the Georgia Medicaid Board for Transportation. He was an avid outdoorsman and a sportsman in the truest sense of the word. He was passionate about deer hunting and enjoyed fishing as well. He was a horseman and loved to ride. He was a member and officer of the Irwin Saddle Club. He enjoyed sharing his love of horses and nature with his grandchildren. Mr. Hunter never met a stranger and had the gift of encouragement. He could bring out the very best in people. He was very talented with his hands and could build anything. He was a Southern gentleman and was very generous with his time and his possessions. Mr. Hunter was a member of the Tift Avenue Church of God where he formerly served on the Pastor’s Council. He had zeal for sharing Jesus with everyone he came in contact with in spite of his suffering.

The family suggests those desiring to send memorials may send them to Providence School of Tifton, P.O. Box 1038, Tifton, GA. 31794.