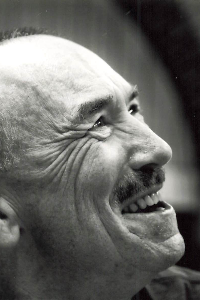 US Army Veteran, Awarded Purple Heart for his service in Vietnam

Thomas Charles ‘Tommy’ Litwinsky, 71, of Tewksbury, passed away Tuesday, November 15, 2022, at Brigham and Women’s Hospital after a long battle with medical illnesses, with his loved ones at his side.

A son of the late George Litwinsky and the late Alice (Kirylo) McGuiness, he was born February 5, 1951, in Cambridge and was raised and educated in Cambridge. After his High School graduation, he enlisted in the United States Army, serving two years in Vietnam and was honorably discharged earning a Purple Heart.

Tommy worked for the City of Cambridge for several years after his discharge before working for the Edith Nourse Rogers Veteran’s Hospital in Bedford until illness forced his retirement in 2017.

He was predeceased by his sister, Janice Litwinsky.

You are also welcome to join the family for his burial at Massachusetts Memorial Veteran’s Cemetery in Winchendon on Wednesday at 10 a.m..

The family encourages those who wish to donate here Go Fund Me Link at anytime.

Please find us on facebook or visit www.TewksburyFuneralHome.com to leave the family a message of condolence.